It was a perfect day in SoCal to make this Dirt Cake for dessert! We were joining friends at the pool for swimming and a BBQ, and it was also Earth Day! What could be better on Earth Day than eating dirt?? Complete with worms of course! 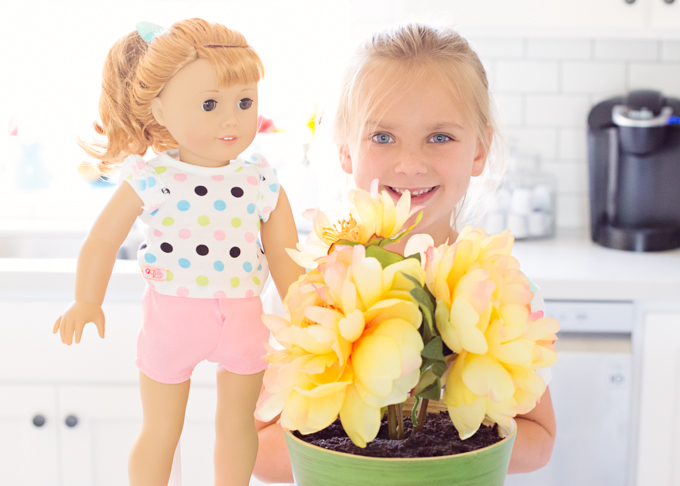 Today I decided to have my new doll, MaryEllen, help me in the kitchen. She loves to help and we’re already having so much fun together!! 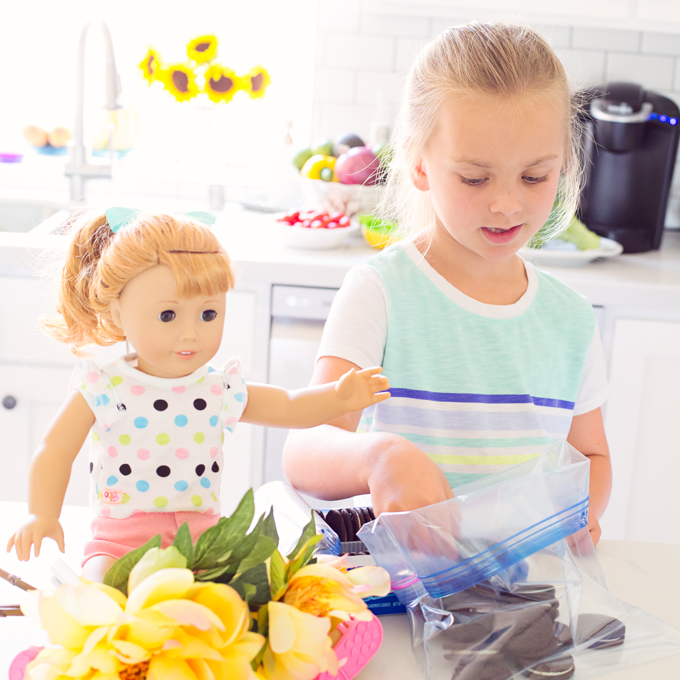 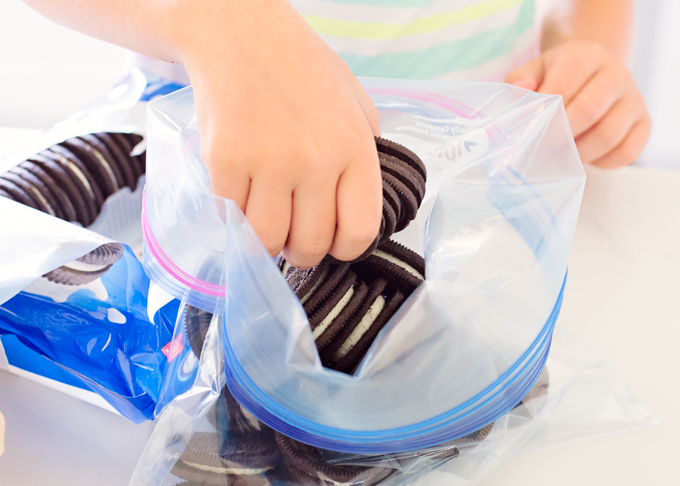 To make the Dirt Cake, you first have to make the dirt. It’s really made of Oreos! We put them into a bag and I tried and tried to crush them using a rolling pin, but when they didn’t work, we decided to use the food processor. It makes perfect dirt! 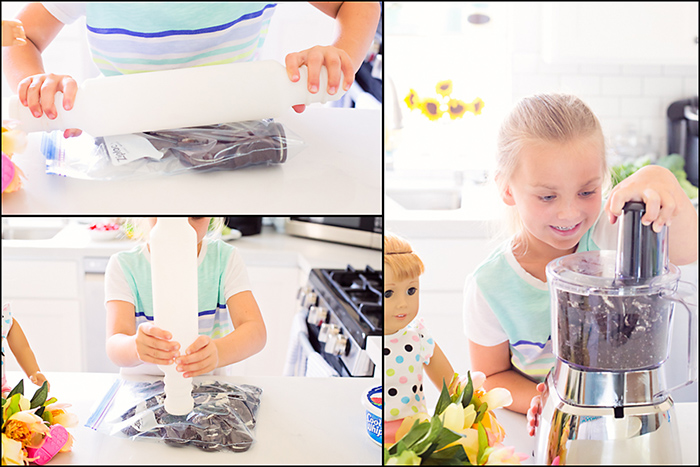 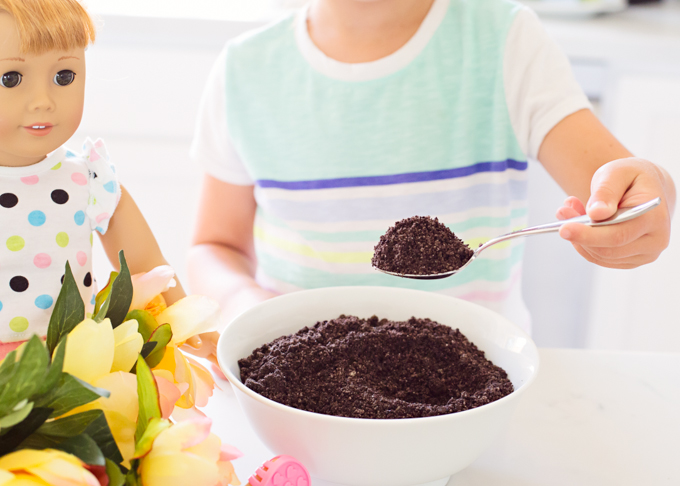 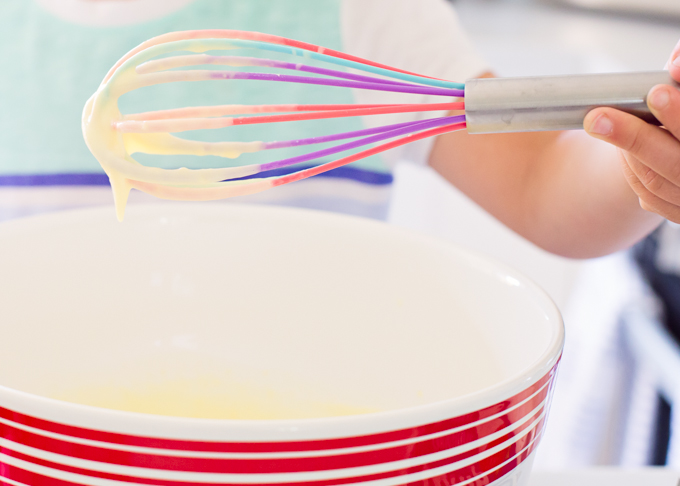 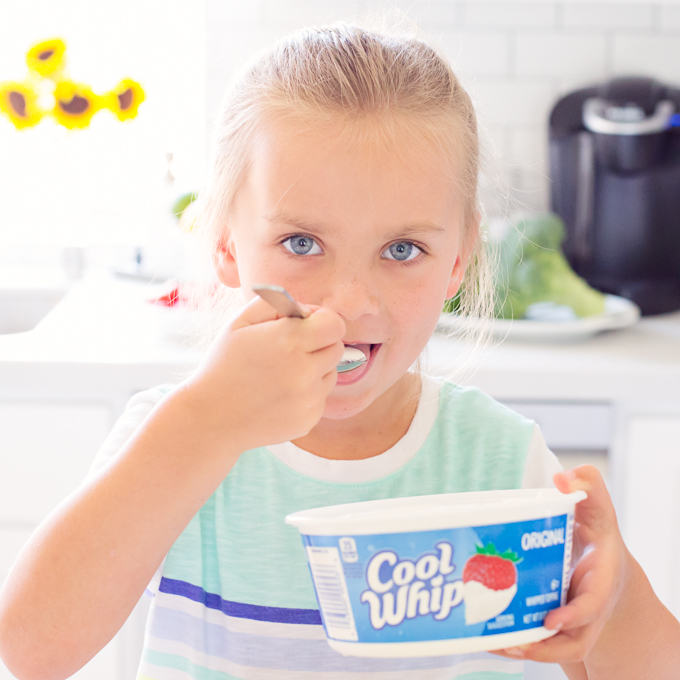 After tasting the Cool Whip I folded it into the pudding. 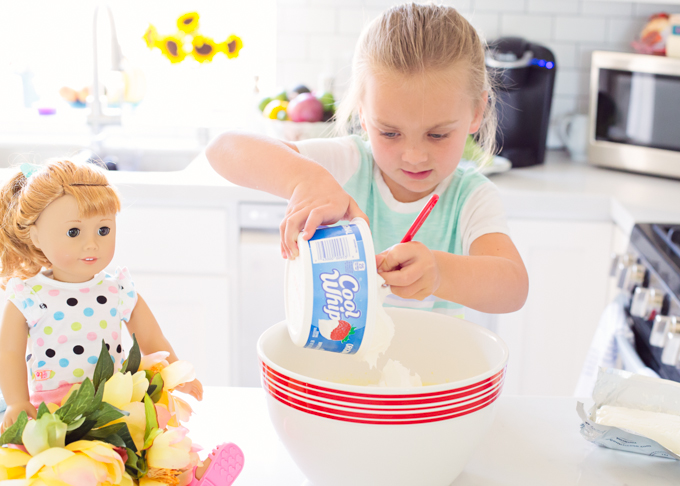 I love doing the measuring and mixing! 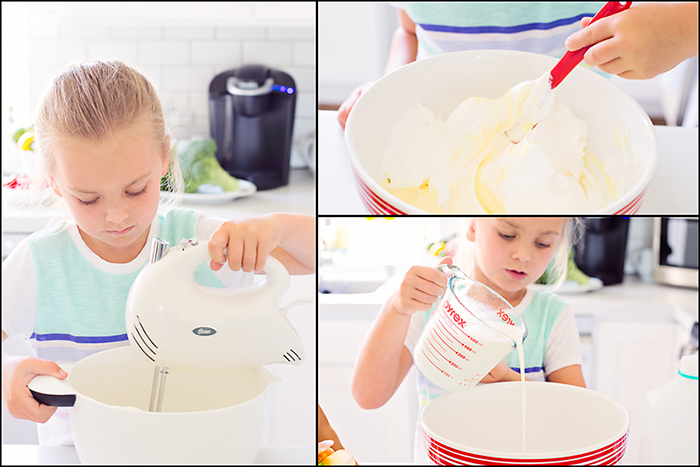 In another bowl, mix together cream cheese, butter, and powdered sugar. When well mixed, gently stir this mixture into the pudding mix.

After the pudding mixture is complete, you begin to layer the dirt cake. We bought a new pretty green flower pot to use and a cute pink trowel to serve it with.  To layer, you start with dirt, then pudding, then add in some worms. Keep layering: dirt, pudding, worms, dirt, pudding, worms, until the pot is full. Make sure the top layer is dirt. 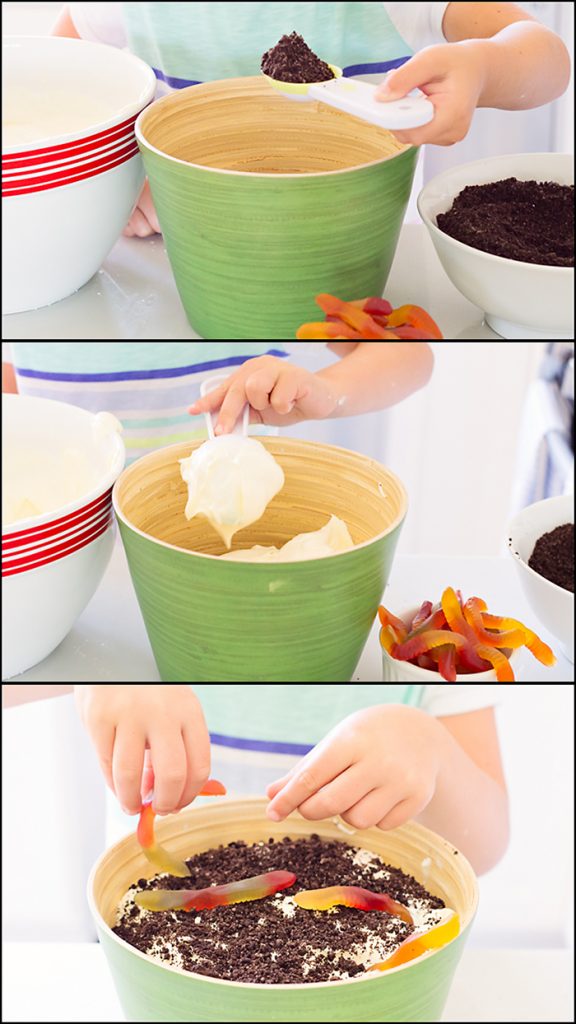 EEEWW!!! WORMS!!! I don’t like real worms, but these gummy worms sure are good! 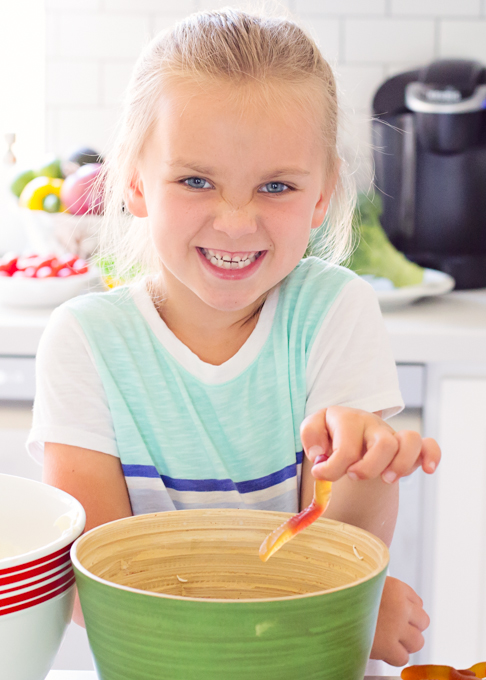 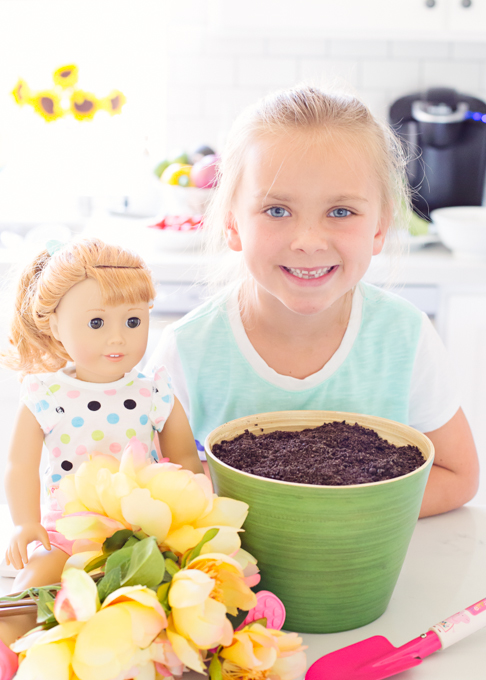 When the final layer is done, you cover it with plastic wrap until it’s time to serve it. And then……… top it with some pretty artificial flowers and get ready to share it with friends!! It sure is yummy!! 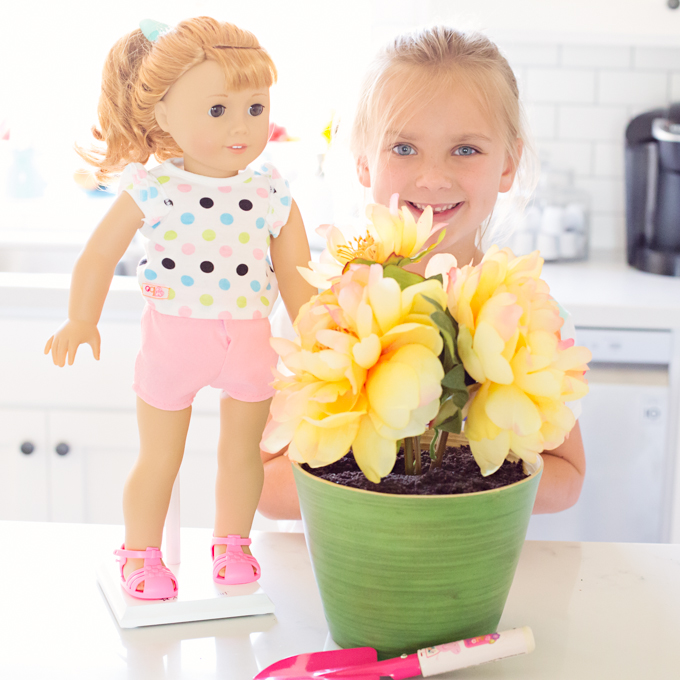 Gigi Bean says: “the best birt cake in the hole entire wrlb. Make it for yourself look down at the menyou”

Oh my gosh, I just love kindergartner’s spelling! She seems to be mixing her “b and d’s” up this week 🙂

Nana’s translation:The best dirt cake in the whole entire world. Make it for yourself! Look down at the menu (recipe). 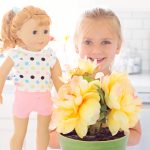 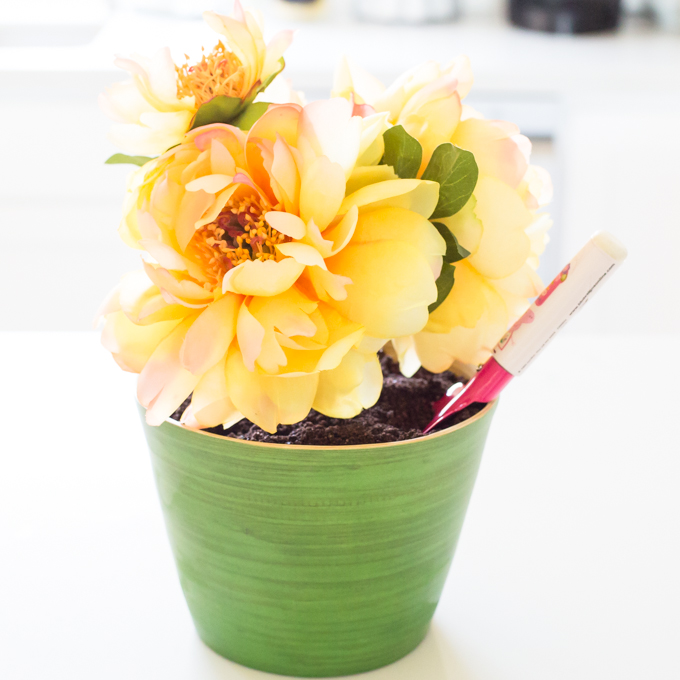